WilmerHale’s Paul Engelmayer Nominated to be Judge in SDNY 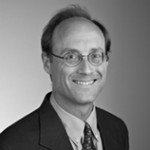 President Obama has nominated Paul A. Engelmayer, a partner at the law firm of WilmerHale since 2000, to be a judge in the United States District Court for the Southern District of New York. Engelmayer specializes in white-collar criminal cases, complex civil litigation, appellate litigation, and securities enforcement investigations, and heads the firm’s 170-lawyer New York office.

Previously, Engelmayer spent three years as the Chief of the Major Crimes Unit at the U.S. Attorney’s Office for the Southern District of New York, and also served in the Solicitor General’s Office at the DOJ.