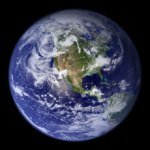 For decades, securities litigation and vigorous enforcement of securities laws have been hallmarks of a U.S. market that prides itself on investor safeguards. More recently, those fundamentals are rapidly spreading to markets around the world.

From global anti-corruption efforts to insider-trading prosecutions and enforcement to fledgling efforts to launch investor class-action lawsuits, countries around the world are now seeing a marked increase in the level of public and private efforts to enforce securities laws.

In Britain, the passage of the strict Bribery Act (originally scheduled to take effect in April, now delayed until later this year) is the most visible indication that the fight against anti-corruption is moving beyond enforcement of the U.S. Foreign Corrupt Practices Act. Indeed, the Bribery Act is even more stringent than the FCPA in many ways. It creates new liability for companies that fail to prevent bribery within their organizations and it offers no exception for “facilitation payments.” Robert Amaee, head of anti-corruption in Britain’s Serious Fraud Office, summarized things as follows: under the Bribery Act, “a company registered anywhere in the world and having part of its business in the U.K. could be prosecuted for failing to prevent bribery on its behalf wherever in the world that bribe was paid.”

Yet the Bribery Act is only one part of the increase in anti-corruption efforts worldwide, according to research by the law firm Gibson Dunn & Crutcher. It cites greater levels of international cooperation with U.S. authorities and increased international enforcement as evidence of the trend.

According to Lanny Breuer, assistant attorney general for the Justice Department’s Criminal Division, the United States is now enjoying a “substantial increase in our cooperation with our foreign counterparts,” which is yielding results in cases such as last year’s global settlements with BAE Systems (the Justice Department and the Serious Fraud Office) and Innospec (the Justice Department, Securities and Exchange Commission, and SFO). In addition, the United States now has Mutual Legal Assistance Treaties (MLATs) with at least 72 countries, including China and Russia. These MLATs “streamline cross-border investigations and allow for even greater cooperation with our counterparts abroad,” Breuer says.

In addition, anti-corruption enforcement in countries outside the United States is rising. Gibson Dunn offers the following examples from the past year alone:

The Netherlands and the Czech Republic also updated their anti-bribery laws.

Early signs in 2011 suggest that enforcement of insider-trading laws—typically quite lax or non-existent outside of the United States—is also becoming much more of a global priority. In Russia, government officials have talked for years about the need to enact the country’s first-ever law against insider trading, with no success. But in January, Russia finally enacted its first law to prevent the illegal use of inside information to manipulate securities trading. Civil and criminal penalties for insider trading will become effective on June 27, with penalties of up to 500,000 rubles ($17,000) and four years in prison.

The penalties for insider trading could become more severe in Europe. In December, the European Commission suggested mandatory prison terms for those convicted of insider trading by its member states. According to reports, the EC is concerned that the severity of penalties now varies greatly between countries, and that weak enforcement in any one of its 27 member states could undermine stability in other states.

Many countries in Asia are ramping up enforcement of their insider-trading rules, too. In 2010, as part of an insider-trading case against hedge fund Tiger Asia, Hong Kong’s Securities and Futures Commission sought a court order to ban Tiger Asia from trading in the country. This was the first time that the SFC had ever sought such a ban. In China, where insider trading has reportedly been rampant for years—even among government officials—a similar push is underway. In November, the Chinese cabinet publicly acknowledged the “grim situation” of insider trading in its markets for the first time, causing Chinese investors to anticipate a crackdown and a wave of prosecutions. Indeed, the chairman of the China Securities Regulatory Commission announced that eliminating insider trading was now a top priority just a month later.

Finally, the U.S. Supreme Court’s landmark decision in Morrison v. National Australia Bank, which limits the ability of foreign investors to bring litigation in the United States over foreign securities, is contributing to the increase in investor litigation filed outside the United States. Since the Morrison opinion appears to have struck the death knell for so-called “F-cubed” cases brought in U.S. courts (claims by foreign investors who purchased shares of foreign companies on foreign exchanges), investors are now forced to bring these cases in foreign courts.

For example, a global coalition of shareholders brought a massive “F-cubed” lawsuit in a Dutch court against Belgian bank Fortis in January. The case, filed by a Dutch foundation representing the interests of more than 140 institutional investors, including many of Europe’s largest pension funds, alleges that Fortis misled investors about its financial condition in 2007 and 2008. According to the U.S. law firms leading the litigation, the Dutch foundation’s action in the Netherlands “offers an innovative avenue to address securities fraud claims outside the United States following the restrictions imposed on international investors” in Morrison, and “could be a model for future investor claims outside the United States.”

Also in January, U.S. Judge Deborah Batts dismissed a class-action lawsuit filed in federal court in New York against the Royal Bank of Scotland by British investors. Citing Morrison, Judge Batts ruled that the case could not be filed in the United States. As a result, British investors, including many institutional money managers, reportedly are now preparing to bring an unusual U.S.-style class action against RBS in Britain. U.K. legal experts say that bringing the case there will be more difficult for investors given the high degree of intent that must be demonstrated under British law on the part of directors, but the RBS case may be strong enough to satisfy that test.

In Germany, foreign investors filed a lawsuit against Porsche alleging losses related to a short squeeze that occurred upon the announcement of Porsche’s planned merger with Volkswagen. Like the Fortis and RBS cases, investors first attempted to bring the case in the United States, but it was dismissed following Morrison. The new lawsuit filed in January by a Berlin-based law firm reportedly seeks to recover 3.1 million euro ($4.0 million) from Porsche and the German unit of Canada’s Maple Bank.

All of these recent developments seem to point to a surge in global securities enforcement and litigation this year. It seems inevitable that in a global economy with global investors, more and more countries will commit resources and provide avenues for the public and private enforcement of the laws that protect investors.