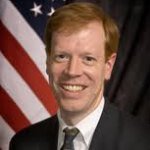 Campbell joins Latham after serving for more than 16 years with the U.S. Department of Justice, most recently as the interim U.S. Attorney for the Eastern District of New York (2007-2010). Campbell previously served as Acting Chief of Staff and Principal Deputy Assistant Attorney General of the DOJ’s Criminal Division in Washington D.C., and Deputy Chief of the Criminal Division in the U.S. Attorney’s Office for EDNY.