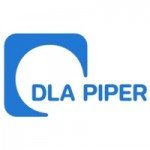 The lawyers joining DLA Piper are: