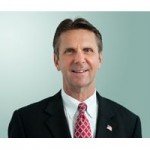 Pelletier joins Mintz Levin from the Department of Justice, where he led the Criminal Division’s fraud enforcement efforts and also supervised the DOJ’s Foreign Corrupt Practices Act unit at the national level. Previously, Pelletier served as a prosecutor and Deputy Chief for the Narcotics Section of the U.S. Attorney’s Office for the Southern District of Florida.