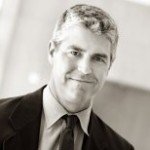 2011 was another difficult year for the Securities and Exchange Commission, even though another  Madoff or Stanford-like scandal didn’t emerge to bring new embarrassment. Indeed, the SEC seemed to be under attack from all sides throughout the year—by Congress, by the judiciary, by its own inspector general, by private litigation, and, of course, by the media.  Here is my look back at 2011, including the good, the bad, and the ugly in the world of securities enforcement.

January 2011 kicked off with a cameo from alleged Ponzi-schemer Allen Stanford, who somehow managed to avoid standing trial since his arrest in 2009 with antics like firing four different sets of defense lawyers. In January, the court overseeing Stanford’s case indefinitely postponed his criminal trial after three psychiatrists testified that Stanford was not capable of helping with his defense. The doctors said that following a prison fight in 2009, Stanford had become addicted to an anti-anxiety drug that left him “mentally foggy.” U.S. Judge David Hittner ruled that Stanford must be weaned off of the drug and deemed competent before standing trial.

January also brought the first rumblings that a temporary funding bill that froze the SEC’s FY 2011 budget at 2010 levels and necessitated a hiring freeze was beginning to harm its enforcement program.

In February, the SEC filed its first “expert network” case—an insider-trading case against six expert network consultants and employees who allegedly tipped hedge funds and other investors to generate nearly $6 million in illegal profits. The case was built with the help of Federal Bureau of Investigation wiretaps, leading to extraordinary details on matters such as one defendant’s ripping open and destroying a flash drive containing incriminating evidence, putting the pieces in four separate baggies, and then throwing the baggies into the backs of different garbage trucks in the middle of the night. U.S. Attorney Preet Bahara wryly observed in February that “when people frantically begin shredding sensitive documents and deleting computer files and smashing flash drives and chasing garbage trucks at 2 a.m. … it is not because they have been operating legitimately.”

March brought the beginning of the “Trial of the Year” against Galleon Group co-founder Raj Rajaratnam. Despite overwhelming evidence against him, including wiretaps, Rajaratnam’s lawyers insisted that he traded not on inside information, but rather by “work[ing] tirelessly as permitted by the securities laws to build a mosaic of public information about the companies he follows.”

Also in March, victims of the Stanford Ponzi scheme decided to follow the lead of several groups of Madoff investors when they filed a lawsuit against the SEC itself for its alleged negligence and failure to act on evidence that Stanford was running a Ponzi scheme.

In April, the SEC’s temporary funding was just hours away from disappearing as a government shutdown loomed.  On April 8, the SEC posted on its Website how it would operate in the event of a shutdown at midnight that evening. Congress, however, was able to reach a last-minute compromise that, among other things, approved a FY 2011 budget for the SEC of $1.185 billion—a $74 million increase (7 percent) over FY 2010. Although the agency had asked for hundreds of millions of dollars more, it managed to avoid a budget cut unlike many other agencies.

Also in April, the SEC brought a rare insider-trading case against a government worker—a chemist employed by the U.S. Food and Drug Administration—who allegedly used market-moving information he learned on the job about upcoming FDA drug approval decisions as the basis for insider trading that generated more than $3.6 million in illegal profits. The chemist allegedly used this information to trade in advance of at least 27 public announcements about FDA drug approval decisions involving 19 publicly traded companies.

May was a particularly action-packed month, with numerous highlights:

In June, one of the defendants in an expert network case who faced criminal charges played the seldom-used “Dog Card” at trial. During opening statements, Winifred Jiau’s attorney brought up Jiau’s golden retriever, Hunter, and implored the jury to send her client “home to her dog.” Alas, Hunter failed to carry the day, and the jury found Jiau guilty of conspiracy and securities fraud two weeks later.

On July 1, the long-awaited U.K. Bribery Act finally went into effect after over a year of revised guidance and delays. July also brought the conviction of Danielle Chiesi, another key figure in the Galleon insider-trading probe. Prosecutors alleged that Chiesi became “intimate” with a number of different men in order to gain information for insider trading. A federal judge sentenced her to 30 months in prison, and she was separately ordered to pay $540,000 to resolve SEC charges.

August got rather hot for the SEC. On Aug. 17, a whistleblower’s claim surfaced that for years the agency had been discarding documents and files from preliminary investigations called “Matters Under Inquiry” (MUIs) if the MUI was closed out and not pursued by the SEC as a formal investigation. This flicker of potential impropriety led many in the media as well as in Congress to immediately throw gasoline on the situation, including the columnist who broke the story in a piece entitled, “Is the SEC Covering Up Wall Street Crimes?” The SEC’s inspector general later concluded there was no evidence of an improper motive behind the Enforcement Division’s longstanding policy of destroying the MUI documents.

August also brought some new kicks in the head for Bernard Madoff, who had already been convicted and imprisoned for 150 years for his massive Ponzi scheme. That month it was reported that (a) Madoff’s wife of 52 years had severed all ties with him in an effort to reconcile with their son, and (b) the purchaser of 16 pairs of Bernie Madoff’s pants at a U.S. Marshals Service auction had chopped them up, made iPad covers out of them, and offered them for sale.

On Sept. 22, Zvi Goffer, a former Galleon Group trader nicknamed “Octopussy” because of his numerous connections to insiders with information, was sentenced to 10 years in prison for his participation in the insider-trading scheme. The sentence was, for the next three weeks at least, tied for the longest ever handed down for insider trading. Also in September, Madoff trustee Irving Picard and his law firm asked the court overseeing the liquidation of Madoff’s investment business to approve $45 million in legal fees for its latest work, bringing their total fees in the case to $224 million.

In October, Rajaratnam broke Goffer’s record 10-year sentence when he was sentenced to 11 years in prison for his insider-trading conviction. Weeks later, a Hollywood production company announced that it was working on a film called “Billion Dollar Raja,” which will focus on the crimes of a “billionaire king of the markets” named Raja and the “major players who were taken down in his wake.”

Also in October, the SEC trumpeted a $285 million settlement in its action against Citigroup Global Markets alleging that CGM misled investors about a $1 billion collateralized debt obligation tied to the U.S. housing market. This proposed settlement was short-lived, however, as it was randomly assigned to Judge Jed Rakoff. As he had done in several prior cases before, Judge Rakoff immediately expressed concern that Citigroup was permitted to settle the case without admitting any of the allegations against it, and ordered the parties to justify this practice.

In November, despite previously stating that it wanted to deemphasize the focus on “quantitative metrics” used to evaluate its programs such as the number of cases filed in favor of more qualitative standards, the SEC still could not resist issuing a press release announcing that it had filed a record 735 enforcement actions in FY 2011. Also in November, the court in Allen Stanford’s criminal trial was advised that Stanford had finally weaned himself off of his prescription drug addiction—but that he now claimed to have complete amnesia about all events prior to a jailhouse fight in 2009.

In December, Judge Rakoff issued an order rejecting the SEC’s settlement with Citigroup based on the settlements “no admit, no deny” language, prompting the SEC to appeal his decision to the Second Circuit Court of Appeals. Also in December, the SEC added two more entries to its long list of 2011 actions against former celebrity athletes, when it sued former NFL wide receiver Willie Gault and Daniel “Rudy” Ruettinger (the subject of the movie “Rudy”). These cases were in addition to earlier cases in 2011 against former Baltimore Oriole Doug DeCinces and another former major leaguer, Jeff “Whitey” Richardson.

Finally, the year ended as it began—with a ruling on the competency of Allen Stanford to stand trial. On Dec. 22, the court ruled that Stanford was competent, despite his claims of total amnesia. The year 2012 now looks like it will kick off with a bang, as jury selection in Stanford’s trial is scheduled to begin on Jan. 23.