The Lateral Hire That Led to $300 Million in Fees, and Counting – Compliance Week

On Monday, December 15, 2008, a federal court appointed Irving H. Picard as trustee in the Madoff matter. A week later, Picard jumped to a new law firm, Baker Hostetler. Four years later, Baker Hosteler has been paid over $300 million in fees for its work on the case, and it recently sought an additional […]

Is The SEC’s Ponzi Crusade Enabling Companies To Cook The Books, Enron-Style? – Forbes

The Securities & Exchange Commission remains quite busy. In fiscal 2011 the agency brought a record 735 enforcement actions. But those looking to see the next Jeff Skilling or Richard Scrushy frog-marched in front of television cameras will be sorely disappointed. Only 89 of those actions targeted fraudulent or misleading accounting and disclosures by public […]

The SEC, from lapdog to watchdog – The Washington Post

In the early days of the Obama administration, I sat in a Capitol Hill hearing room and listened to Harry Markopolos, the whistle-blower in the Bernie Madoff scandal, bemoan the toothless Securities and Exchange Commission…. But since then, the private investigator has come upon a rather different trail of evidence. “There’s a total sea change […]

Shaping Up a Divided SEC – WSJ.com

That deplorable state of affairs changed with Ms. Schapiro’s ascendancy. She replaced senior SEC staff, instilled agency employees with ­renewed enthusiasm and respect for the agency’s mission, reorganized and streamlined decades-old bureaucratic and administrative structures, and fostered a new (and deeper) sense of professionalism at every level. The results were palpable…. But, as Ms. Schapiro […]

Former Baltimore Orioles third baseman Doug DeCinces has been indicted by a federal grand jury for insider trading, the Justice Department said on Wednesday. DeCinces was charged with 42 counts of criminal securities fraud and one count of money laundering over the 2008 purchase of stock in a medical device company based on insider information, […]

Breaking Down the FCPA Guidance — Key Takeaways and Grey Areas

Walter Takes Over as SEC Chair, But Now What?

Although not necessarily the long-term replacement to Mary Schapiro, Elisse Walter buys the White House until December 2013 to select a successor and have that person approved by the Senate. Walter is expected to push an agenda similar to that of Schapiro, but faces a divided Commission. via Walter Takes Over as SEC Chair, But […]

DOJ claims Gupta “poses a risk of flight” and has “demonstrated disrespect for the law and capacity for deceit.”

In SAC Capital Case, a New Type of Deal – DealBook

Martoma case involves new tactic – a nonprosecution agreement – to gain the cooperation of a crucial witness.

Though the tool is commonly used in criminal investigations, this appears to be the first time it has been used to secure evidence from an individual in a prominent white-collar crime case. 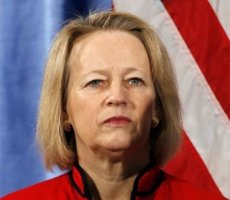