The SEC is fighting legislation that would trim government access to personal and corporate e-mail kept for customers by third-party providers, such as Amazon.com Inc. and Yahoo! Inc. Bipartisan legislation requiring agencies to get warrants to access e-mails could have “a significant negative impact” on enforcement efforts, SEC Chairman Mary Jo White said in an […]

How to Gauge SAC on the Richter Scale – NY Times

Adding to the difficulty in unwinding a large portfolio is this fact: When Wall Street firms get a whiff of trouble at a fund whose holdings they know well, they are known to capitalize by front-running — buying and selling in advance of the fund’s forced trades, increasing its losses as it liquidates. That is […]

Get caught up with the Securities Docket News Wire for July 26, 2013.

It may seem strange that Wall Street’s top cop has chosen to attack Galleon and SAC instead of the institutions at the heart of the mortgage meltdown that brought on the financial crisis. It may seem even stranger when you consider that a lot of legal scholars don’t think insider trading is fraud, and a […]

The effectiveness of the Securities and Exchange Commission is undermined by low employee morale, poor internal communication, and the lack of proper systems to monitor employee performance and promotions, according to a new report issued by a federal watchdog. via Government Watchdog Reports Low Morale, Lack of Communication at SEC – Compliance Week

In a scathing news conference yesterday, U.S. Attorney Preet Bharara’s press conference announced that his office had filed criminal charges against SAC Capital — which he called a “magnet for market cheaters.” Notably, however, prosecutors stopped short of bringing any criminal charges against SAC Capital’s founder and CEO, Steve Cohen. via SDNY Drops the Hammer […]

Get caught up with the Securities Docket News Wire for July 25, 2013.

Securities class action lawsuits have a better chance of going the distance with judges when they are led by institutional investors, a study has found. Between 1996 and 2010, judges dismissed 35% of cases led or co-led by an institutional investor, and 42% that weren’t. Stanford University’s law school and New York-based Cornerstone Research collaborated […] 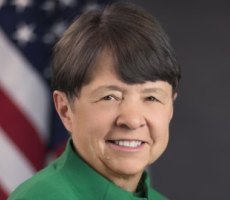 The Securities and Exchange Commission judge who will oversee the agency’s administrative trial against hedge fund tycoon Steven A. Cohen has a history of presiding over high-profile and thorny cases. via SEC judge in Cohen case no stranger to high-profile cases – Reuters