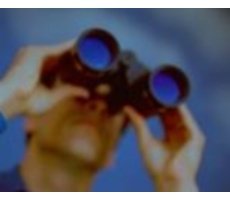 The SEC’s new financial fraud “RoboCop,” how the SEC applied past lessons learned in the Tourre trial, and more.

It may not be the superhuman robotic police officer who patrolled the lawless streets of Detroit in the 1987 sci-fi thriller, but corporate filers should be every bit as concerned about the Securities and Exchange Commission’s (“SEC”) new Accounting Quality Model (“AQM”), labeled not-so-affectionately by some in the financial industry as “RoboCop.” Broadly speaking, the […]

At the trial of a Citigroup executive a year ago, Matthew Martens attended as a spectator and watched the defense win jurors over with the “Where’s Waldo” argument. The jury cleared Brian Stoker of the fraud charges leveled against him by the Securities and Exchange Commission — a stinging setback for the agency’s trial unit, […]

The insider trading case against SAC Capital Advisors seems to be all about the trading “edge,” a term the firm’s owner, Steven A. Cohen, once said he hated. Under the securities laws, proving a violation requires showing that the information used was nonpublic, which means it was not already available in the stock market — […]

For more than two decades, Elisse Walter held various positions at the Securities and Exchange Commission, most recently her “dream job” as one of the agency’s five commissioners starting in 2008. On Friday, she was done. The White House appointed her replacement on the commission — Democrat Kara Stein, a longtime staff member to Sen. Jack […]

After hearing testimony last week from SEC Chair Mary Jo White in a Senate Banking Committee Hearing, Sen. Elizabeth Warren observed that it “seems clear that if Congress wants to have a tough watchdog, it has to make sure the dog hasn’t been starved.” via Sen. Warren: Congress Must Not Starve the Securities Watchdog – […]

This year, two new members of the S.E.C., one Democrat and one Republican, have been confirmed by the Senate and are about to be sworn in. They were each nominated by President Obama. But the reality appears to be that he did not really choose them. Instead, they were effectively chosen by senior senators. Both […]

Get caught up with the Securities Docket News Wire for August 8, 2013.

Steven A. Cohen got a reprieve on Thursday, albeit a small and temporary one, when an administrative law judge approved a request to stay a case brought by securities regulators, who have accused the billionaire hedge fund manager of failing to supervise two of his employees. … Federal prosecutors in New York had requested the […]