It didn’t take new Securities and Exchange Commission member Michael Piwowar long to make his presence felt. Participating in his first open meeting Wednesday, Mr. Piwowar lambasted SEC Chairman Mary Jo White for not giving him enough time to review a rule that would require municipal advisers to register with the agency. via Piwowar attacks […] 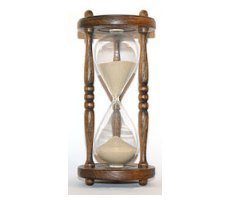 Securities Enforcement Forum 2013 is in just three weeks! If you are planning to attend, please register now so you do not get shut out!

It is hard to believe that it has almost been five years since the revelation that Bernard Madoff’s wildly successful investment firm was actually a multibillion-dollar Ponzi scheme, but the five-year anniversary of Madoff’s December 2008 confession to authorities is fast approaching. Because securities fraud charges have a five-year statute of limitations, the next few months could […]

Get caught up with the Securities Docket News Wire for September 17, 2013.

As the U.S. government remains under pressure to hold individuals accountable for the financial crisis, a federal commission is launching a review that could actually reduce sentences for white-collar criminals. Those pushing for lighter sentences for white-collar offenses such as securities, healthcare and mortgage fraud include not only the American Bar Association, the nation’s largest […]

SEC veteran and hedge fund founder Richard Breeden, who was appointed by the U.S. Department of Justice in December of 2012 as “special master” of $2.35 billion in forfeited assets, announced a delay in the distribution of those funds to victims of Madoff’s scheme. Breeden is having trouble distinguishing Madoff “victims” from “customers,” which is […]