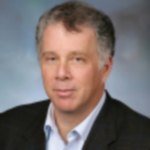 Long considered one of the nation’s top white-collar defense lawyers, Reid Weingarten has been the go-to lawyer for senior corporate executives going to trial.  His work over the last 30 years has included the defense of former WorldCom CEO Bernard Ebbers, former Enron accounting officer Richard Causey, former Tyco general counsel Mark Belnick, former Monster.com president James Treacy, and former Duane Reade CEO Anthony Cuti, among many others.  He was named one of the “100 Most Influential Lawyers in America” by The National Law Journal in March 2013, and Who’s Who Legal has named him “International Business Crime Defense Lawyer of the Year” for six consecutive years, noting in 2012 that he was the most highly regarded lawyer in its research and was variously described as “the dean of white-collar criminal defense” and “DC’s finest trial lawyer.”