Fast forward again. Mary Jo White, the former U.S. Attorney for the Southern District of New York, becomes the first former prosecutor and litigator to chair the Commission. She knows the Commission’s reputation is improving, but she also knows it has not fully recovered. So what does she say? Let’s look. Because her words are […] 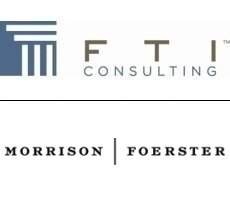 Papers filed in federal court and bankruptcy court in New York list 193 Madoff investors who are opting out of settlements that are part of the $2.6 billion the bank has agreed to pay for failing to catch and expose Mr. Madoff’s scheme. via Some Madoff Investors Shun J.P. Morgan Settlement – WSJ.com

Get caught up with the Securities Docket News Wire for January 30, 2014.

Can this brief save securities fraud class actions? — On the Case

There is an awful lot of weight on David Boies‘s shoulders in the U.S. Supreme Court case known as Halliburton v. Erica P.John Fund. The renowned litigator and his partners at Boies, Schiller & Flexner represent the EPJ Fund, but in a larger sense, they represent everyone who invests in shares listed on U.S. exchanges. If Boies […]

Just nine months after joining the Promontory Financial Group, a consulting firm that straddles the worlds of Wall Street and Washington, [Mary] Schapiro is planning to leave her full-time role there. Ms. Schapiro, a managing director and chairwoman of the governance and markets practice at Promontory, will instead become the vice chairwoman of the firm’s […]

The SEC is trying to push through budgetary challenges arising from the recently-passed spending bill for FY 2014, but it can still feel good that it does not face the types of constraints facing the UK’s Serious Fraud Office. The SFO had to apply to the Treasury this week for £19m “to meet an urgent […]

Bernard Madoff’s former computer programmers created a web of simple equations to make thousands of fake transaction numbers, dates and time stamps appear realistic on documents used to trick auditors, a jury was told in the trial of five of the con man’s former top aides. via Madoff IT Guys Wrote Code to Trick Auditors, […]

Get caught up with the Securities Docket News Wire for January 29, 2014.

The two former J.P. Morgan Chase & Co. traders charged in the “London Whale” losses remain in Europe, frustrating the U.S. government. The Justice Department says that Javier Martin-Artajo is in Spain, “resisting extradition” to the U.S. Extradition from Spain can take months or years if contested in court. Julien Grout, a French citizen, is […]