Patrick Stokes, previously the co-head of the Securities and Financial Fraud unit of the Department of Justice’s Fraud Section, has been named as the new Chief of the DOJ’s Foreign Corrupt Practices Act unit. Stokes succeeds Chuck Duross, who left the DOJ on January 24 and will be joining the Washington, D.C. office of law firm Morrison […] 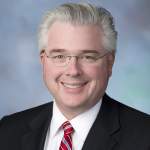 Kevin Harnisch has joined law firm Steptoe & Johnson LLP as a partner in the firm’s Washington, D.C. office. The firm announced yesterday that Harnisch will join its Securities Litigation & Enforcement practice. Harnisch joins Steptoe from law firm Fried Frank. Previously, Harnisch served as a branch chief in the SEC’s Division of Enforcement. via […]

Five former aides to Bernard Madoff are seen as facing tough odds in trying to convince a jury they were innocent bystanders to the con man’s $17 billion fraud, given what one lawyer called the “avalanche” of evidence presented by prosecutors. via Madoff Ex-Aides Seen as Facing Challenge With ‘Duped’ Defense – Businessweek

King & Spalding today announced a further expansion of its special matters and government investigations practice with the addition of Robert K. Hur as a partner in its Washington, D.C., office, just one week after SEC enforcement and white-collar criminal defense lawyers Dixie L. Johnson and William F. Johnson’s arrival at the firm. Hur rejoins […]

The latest person to face the choice over whether to take the stand, Mathew Martoma, also opted against it.The trial of the former SAC Capital Advisors LP portfolio manager wrapped up in Manhattan federal court. Prosecutors and lawyers for Mr. Martoma made their closing statements Monday. Jurors are likely to start deliberating on Tuesday. via A […]

Get caught up with the Securities Docket News Wire for February 3, 2014.

The future of Mathew Martoma, the former SAC Capital Advisors portfolio manager, is in the hands of a New York jury. via Insider case to jury as Martoma awaits fate — New York Post