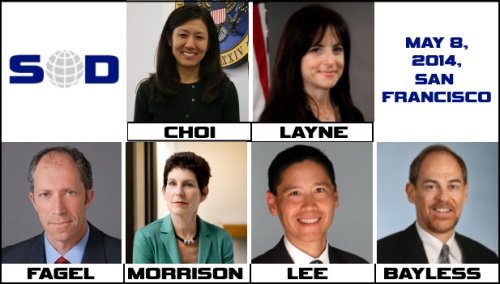 On Thursday, May 8, 2014, Securities Docket will host its first West Coast event: an historic West Coast SEC Directors Roundtable that will feature a panel of six current and former Directors from the SEC’s San Francisco and Los Angeles Regional Offices:

The West Coast SEC Directors Roundtable will be a breakfast event held in the spectacular Gold Room at the Fairmont Hotel in San Francisco. After a networking breakfast, our panel of current and former SEC Directors will address the most pressing and important issues and trends in the world of securities enforcement and regulation, as well as your questions. Following the format of the extraordinary Securities Enforcement Forum held annually in Washington, D.C., the West Coast SEC Directors Roundtable will not include any “PowerPoint” or other type of formal presentations. Rather, it is specifically designed to encourage an informal and lively exchange of ideas and discussion among the panelists, and also between the panelists and the attendees.

Your registration to attend the West Coast Directors SEC Roundtable includes a morning of discussion and networking opportunities with the leading attorneys and professionals in the securities enforcement field. It also includes 1.5 hours of CLE credit (pending approval), as well as breakfast catered by the four-star, four-diamond Fairmont Hotel. Please register below!