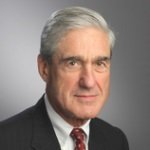 Robert S. Mueller III has joined law firm WilmerHale as a partner in its Washington, D.C. office. The firm announced today that Mueller will “enhance and build on WilmerHale’s investigations and strategic counseling practices.”

Mueller joins WilmerHale after a career in government service and law enforcement spanning more than 35 years. Most recently, Mueller served as the sixth Director of the Federal Bureau of Investigation (FBI), a position he took one week prior to the September 11 attacks and held for 12 years under two presidents. Mueller was the longest-serving Director of the FBI since J. Edgar Hoover.