Get caught up with the Securities Docket News Wire for April 23, 2014. 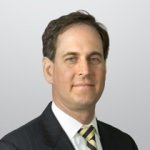 Todd Newman and Anthony Chiasson’s appeals of their insider trading convictions hinge on a fairly nit-picky legal point about jury instructions, although an important one that has an appeals court pretty riled up.1 But I don’t really think that the appeal has gotten so much attention, or gotten judges so riled up, or raised concerns […]

In a statement Wednesday, SEC Enforcement Director Andrew Ceresney said the legislation in its current form is not workable. “Civil law enforcement agencies like the SEC aren’t able to obtain the search warrants that the proposed legislation would require,” he said. “Preserving access to evidence through (Internet service providers) for the SEC and other civil […]