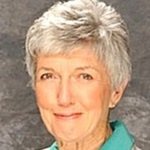 “Brenda Murray is the longest-serving Administrative Law Judge at the SEC, where she has served as Chief Judge since 1994 and gained a reputation as a fair jurist with an unbiased record.  Known for possessing great integrity, she has handled many highly-sensitive matters at the SEC.  In an unusual situation in 2008, Judge Murray cleared the then-Enforcement Director and other SEC officials in their handling of an investigation into possible insider trading by hedge fund Pequot Capital Management.”

“In 2012, Judge Murray authored the tour de force opinion in the Theodore Urban case – ruling against the Division of Enforcement in a controversial matter in which the General Counsel of Ferris Baker Watts was accused of having not done enough to discipline a rogue broker.  Her decision has been held up as the premier analysis of the challenges that compliance and legal officers face at regulated entities.”