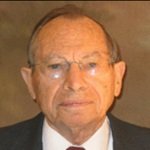 “Later, Mr. Pollack was instrumental, as the court-appointed Claims Administrator in the Prudential Securities limited partnership case, in supervising the distribution of $1 billion to investors — one of the largest and most complex settlements in SEC history. In so doing, he showed the defense bar how these types of matters can be overseen, setting an extraordinary precedent and laying the path for this kind of engagement. Today Mr. Pollack is as ambitious as ever, running Pollack and Storch where he represents individuals and entities before the SEC.”