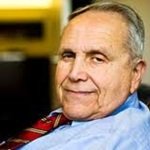 “Judge Stanley Sporkin was the SEC’s second Director of Enforcement and the second-longest-tenured Director, serving for seven years. Those who practiced before him at the SEC know him as a compassionate Director who often looked for ways of getting a just result while still having compassion for the individuals and entities he ultimately sued. In order to amplify the power of his small staff, he came up with the “access theory” of having companies police themselves. And, thus, a cottage industry was born – law firms could now market themselves as being able to conduct internal investigations, with an identifiable benefit.”

“Other notable accomplishments include the birth of the FCPA books and records provision, which occurred to him as he watched the Watergate hearings and wondered how public companies were ‘booking’ the illegal campaign contributions and whether they were using the slush funds for other dubious purposes as well. After leaving the SEC, Judge Sporkin went on to become General Counsel of the CIA, and then a federal judge in Washington, D.C. Judge Sporkin is now in private practice representing clients before the Commission while also serving as the Safety Ombudsman for BP America.”