While Wall Street is very different from organized crime, providing a critical function in a free market economy, [FBI special agent David] Chaves said the tactics he used to build cases against over 100 insider trading cases followed the template the FBI successfully used to crack the U.S. mafia. In some respects it is a secret […] 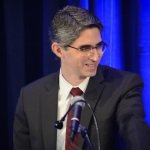 Get caught up with the Securities Docket News Wire for October 6, 2015.

The headline on the New York Times story about the scandal in fantasy sports refers to “insider trading,” but the closer comparison in the stock-market world is to front running. via The fantasy-sports scandal is more like front running than insider trading – MarketWatch

Billionaire investor Steve Cohen is one step closer to getting back in the hedge-fund game. The Supreme Court’s refusal to hear the government’s appeal of a key insider-trading case weakens the Securities and Exchange Commission’s ongoing civil case against the former hedge-fund titan, legal experts told The Post. via Bharara’s loss is a win for […]