After 17 years as SEC Solicitor — and 53 years of service at the SEC — Jacob H. Stillman is stepping down from the Solicitor position. The SEC announced today that Stillman will remain as senior advisor to Michael A. Conley, who has been appointed as the new SEC Solicitor. via ‘Living Legend’ Jacob Stillman […] 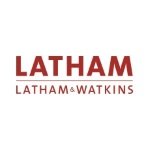 Get caught up with the Securities Docket News Wire for November 12, 2015.

A Melbourne man involved in Australia’s biggest instance of insider trading while working as a NAB banker has lost an appeal against his jail sentence. Lukas Kamay, 26, made more than $7 million in what was described in court documents as the “largest profits realised in an insider trading case” while working for the bank. […]