Bernard Madoff must submit to a deposition by lawyers for some former customers who lost money when the imprisoned swindler’s firm collapsed in December 2008, a judge ordered on Friday. U.S. Bankruptcy Judge Stuart Bernstein in Manhattan set strict limits on what Madoff can be asked. via U.S. judge orders deposition of Bernard Madoff | […]

The U.S. Commodity Futures Trading Commission had been off to a slow start on its Dodd-Frank whistleblower program, having paid out just two awards totaling $530,000 over the entire life of the program. That changed dramatically this week, however, when the CFTC announced a huge award of more than $10 million. via CFTC whistleblower program […]

The struggle to add two commissioners to the SEC drags on, leaving SEC Chair Mary Jo White and two other SEC commissioners to do the work of what is supposed to be a five-member commission. The most recent development in this saga came yesterday, when a supposedly “routine” vote to approve two nominees was blocked. […]

Get caught up with the Securities Docket News Wire for April 7, 2016.

“The way it works is, I need information, they need information,” said Parvizi. “If I bought today and the Mail writes something tomorrow, the share price goes up two percent to five percent.” When asked whether he deliberately spread misleading rumors, the trader replied “Definitely, yes. I was there to help myself.” Financial Times spokeswoman Kristina […]

SEC Warning: It Is Watching Private Companies – The D&O Diary

The Securities and Exchange Commission is primarily concerned with public companies and the securities markets in which the shares of public companies trade. However, in a series of recent speeches and presentations as part of what the agency had called the “Silicon Valley Initiative,” the agency made it clear that it is increasingly concerned with […]

The Securities and Exchange Commission today announced that Las Vegas Sands Corp. has agreed to pay a $9 million penalty to settle charges that it violated the Foreign Corrupt Practices Act (FCPA) by failing to properly authorize or document millions of dollars in payments to a consultant facilitating business activities in China and Macao. via […]

Get caught up with the Securities Docket News Wire for April 5, 2016. 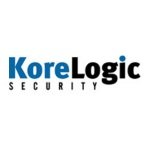