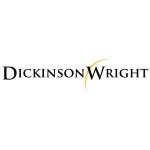 Blackstone Group LP is hiring a former top enforcement attorney at the U.S. Securities and Exchange Commission, months after the world’s biggest alternative-asset manager agreed to its first SEC penalty, two people with knowledge of the move said. Marshall Sprung will be a managing director and global head of compliance at New York-based Blackstone, said […]

The U.K. markets regulator says its most expensive insider-dealing prosecution paid off — even if three of the targets walked. The Financial Conduct Authority spent almost 14 million pounds ($20 million) on the four-month trial and eight-year investigation, which led to the conviction of two men Monday by a London jury. That gave the FCA five convictions […]