The Securities and Exchange Commission has upheld the dismissal of an administrative case against a former Wells Fargo trader after two commissioners split on whether the evidence proved he had engaged in insider trading. The ruling came in an appeal by the commission’s enforcement division of an administrative law judge’s 2015 ruling dismissing the case […]

The Securities and Exchange Commission today announced insider trading charges against a research scientist who allegedly searched the internet for “how sec detect unusual trade” before making a trade that the agency flagged as suspicious through data analysis. The SEC’s complaint alleges that Fei Yan loaded up on stocks and options in advance of two […]

A compliance officer who worked for Martin Shkreli’s investment fund quit after less than a year because of his boss’s questionable practices. Jackson Su testified last week to a federal jury at Shkreli’s fraud trial in Brooklyn, New York. via Compliance officer quit Shkreli fund, complained to SEC  – The FCPA Blog

The UK Serious Fraud Office has now joined the DOJ and SEC in an investigation of possible overseas bribery by London-based Amec Foster Wheeler plc. The company said in an SEC filing Tuesday the investigation “focuses on the past use of third parties and possible bribery and corruption and related offenses,” according to FCPA Tracker. […]

Thousands of out-of-pocket Slater and Gordon shareholders’ will split a $36.5 million settlement – just a fraction of the total value shed by the once high-flying law firm. “The settlement was the best outcome from a terrible situation for shareholders, given the diabolical alternative which meant likely insolvency for Slater and Gordon,” class action lawyers […]

Back in 2011, over a with dinner Howard Sklar, we talked about commentary on the FCPA and in the greater compliance community. That conversation led us to begin the original This Week in FCPA podcast. Howard later went off to the corporate world but I continued our podcasting tradition founding the FCPA Compliance Report in […] 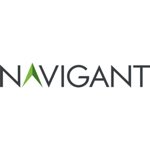 Whether you work in an RIA, or, since June 9, in a broker-dealer held to the Department of Labor’s fiduciary rule, you face heightened scrutiny for negligence compared with other wealth managers. The upshot? You could be guilty of negligence without even knowing it. Earlier this year Joseph Brenner, chief counsel of the SEC’s enforcement […]

The independence of the Serious Fraud Office is central to Britain’s international image as a reputable place to do business, its director has said, in a robust defence of the agency that investigates and prosecutes fraud and corruption. Speaking at a London conference on corporate crime on Thursday, David Green called for the SFO’s future […]