In a Boon to Prosecutors, Insider Trading Ruling Is Reshaped – The New York Times

The decision of the United States Court of Appeals for the Second Circuit in Manhattan in United States v. Newman, which roiled the world of insider trading when it was announced in December 2014, seems to be relegated to little more than a footnote in the history of securities fraud with an opinion from the […] 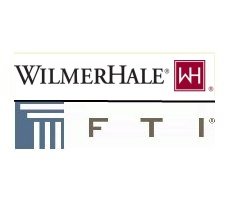 In a 2-1 opinion, the Second U.S. Circuit Court of Appeals in Manhattan rejected Mr. Martoma’s request for a new trial, saying the jury was properly instructed. The ruling also found the government adequately showed at trial that the tipper received a financial benefit from providing inside information to Mr. Martoma, a key component of […]

Improving the SEC’s Enforcement Program: A Ten-Point Blueprint for Reform

With the transition to a new Commission, the SEC should take the opportunity to review, evaluate and improve its enforcement program. In light of the SEC’s mission to protect investors; maintain fair, orderly, and efficient markets; and facilitate capital formation, the SEC should take steps to ensure it is allocating resources properly, striking an appropriate […]

There is no debate that the first half of 2017 saw a significant fall-off in United States Securities and Exchange Commission (“SEC”) enforcement activity. There have been no mega-cases and broken window policing seems to be on the decline. A temporary lull would not at all be surprising given the SEC’s leadership transitions and the […]

Fugitive from Watertown arrested in Puerto Rico – The Boston Globe

A Watertown developer who skipped town after his securities-fraud conviction traded time behind bars for life in Puerto Rico, where he was arrested Friday night, according to officials. The arrest by US marshals ended a months-long flight for Robert H. Bray, 79, whose 2016 conviction for insider trading came after decades of working in local […]

The Securities and Exchange Commission today announced insider trading charges against seven individuals who generated millions in profits by trading on confidential information about dozens of impending mergers and acquisitions.  Data analysis allowed the SEC’s enforcement staff to uncover the illicit trading despite the traders’ alleged use of shell companies, code words, and an encrypted, […]

For Rajat Gupta, Returning Is a Hard Road – The New York Times

Mr. Gupta, the former global head of consulting giant McKinsey & Company, became a pariah among many of the corporate chieftains who once craved his counsel. Now 68, he has been trying to restore his reputation and rebuild his fortune since being released from a federal prison medical center in Devens, Mass. But he has […] 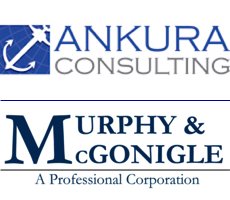