Given the Trump administration’s twin policy goals of deregulation and fiscal conservatism, public-private partnership with the private securities bar may be the SEC’s best, and perhaps only, weapon to effectively combat the ever-increasing number of complex financial frauds. President Trump can make good on his campaign promise to “police markets for force and fraud” and […]

Lynn Tilton: It took ‘many tens of millions of dollars’ to beat skewed SEC system — Reuters

Tilton told me she only won because she had the money to muster an army of lawyers from Gibson Dunn & Crutcher to nullify the SEC’s structural advantage in the case. The commission sued Tilton in an administrative proceeding, rather than an enforcement action in federal court. That meant the case against her was tried […]

Andrew Calamari, Regional Director of the SEC’s New York Office, to Leave the Agency After 17 Years of Service

The report, from cybersecurity firm FireEye, found three attacks against South Korean cryptocurrency exchanges traced to North Korean hackers between May and July of this year. “The ability of regimes like Kim Jong Un’s North Korea to mine or steal cryptocurrencies such as bitcoin is a new reason to be cautious in treating these commodities […]

Hack at S.E.C. Provides Warning for Other Regulators – The New York Times

Several other regulators also house market-moving information, including enforcement actions. Deal reviews are conducted by the Justice Department, the Federal Communications Commission and the Federal Trade Commission. And the Food and Drug Administration’s decisions on whether to approve new medications are closely watched by investors. via Hack at S.E.C. Provides Warning for Other Regulators – […]

The Securities and Exchange Commission on Tuesday announced plans to ramp up cybersecurity, following revelations earlier this month that hackers had accessed data for illegal trades. SEC Chairman Jay Clayton told a Senate committee this week the efforts will include hiring more cybersecurity talent, saying “single actors dwarf the amount that we have available to […]

SEC administrative law judge Carol Fox Foelak ruled in favor of Tilton over allegations that she and her firm, Patriarch Partners LLC, bilked investors out of more than $200 million. “It is concluded that the violations” alleged by the SEC are “unproven,” Foelak wrote in her ruling issued Wednesday. “Thus, the proceeding will be dismissed.” The […] 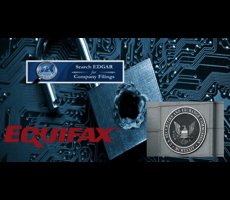 In a surefire sign that legal woes beget more legal woes, lawyers at Robbins Geller Rudman & Dowd on Tuesday fired off the first securities fraud lawsuit against Uber. The suit, filed in U.S. District Court for the Northern District of California, claims the ride-hailing company and former CEO Travis Kalanick misled investors in the […]

SEC’s Clayton says agency is ‘pushing’ toward a fiduciary rule, working with DOL

But there also was bipartisan interest in the SEC’s work on a rule to raise investment advice standards for brokers and its efforts to catch up with the Department of Labor, whose own fiduciary rule for retirement accounts partially went into effect in June. The DOL has proposed delaying the Jan. 1 applicability date for […]