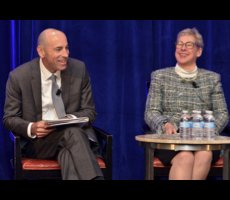 Wal-Mart Stores, Inc. said in an SEC filing Thursday that it has set aside $283 million for a possible FCPA resolution with the DOJ and SEC. Walmart said ongoing settlement talks with the agencies have “progressed to a point where” it can “now reasonably estimate a probable loss,” according to the SEC filing first posted […]

Wall Street banks secretly shared client information in online chat rooms in order to rig auctions for the $14 trillion US Treasurys market, according to an explosive lawsuit filed in Manhattan federal court on Wednesday. The move wrongly fattened the banks’ profits and picked profits from clients, the suit claims. via Wall St. bankers secretly […]

The court’s June ruling(here) affects many parts of federal law enforcement in which prosecutors require firms to pay back ill-gotten gains. But the cases under the FCPA anti-bribery law will be disproportionately affected because they take more time to investigate and often are based on repaying illicit gains, SEC Co-Director of Enforcement Stephen Peiken said. […]

Closing the Door on “Broken Windows” – What Does It Mean for Private Fund Sponsors? – Lexology

Recent speeches by SEC Commissioner Michael Piwowar and SEC Division of Enforcement Co-Directors Stephanie Avakian and Steven Peikin indicate that the era of the “broken windows” approach, where relatively minor compliance infractions were broadly and aggressively policed and often punished in order to deter potentially larger violations, may be coming to an end…. via Closing […]

SEC Chairman Jay Clayton skipped votes on less than 5 percent of the rulemaking and administrative matters the commission considered during the first five months of his tenure, a rate comparable to his predecessor, Mary Jo White, according to a Bloomberg Law analysis. The low rate of non-votes for Clayton and White, who both came […]