Guest Column — Snapshot of a Cleaner Street: Another Landmark Year for Securities Enforcement 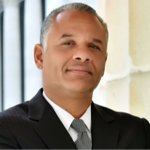 Last week, the Securities and Exchange Commission issued the annual report of its Division of Enforcement. While the agency’s results have enjoyed mere whispers of praise in the recent news cycle, there is much to tout within the pages of this report.

There are other notable data points. The Commission brought 862 enforcement actions, suspended 600 so-called professionals from working the markets and suspended trading in the securities of 271 bad-acting companies. In its ongoing efforts to enhance investigative efficiencies, the agency reduced the average life span of an enforcement action to just under 24 months, an improvement over prior years. The most noteworthy figure, of course: $1.2 billion was returned to injured investors.

In terms of the type of violations, common securities violations remain common. That is, most enforcement actions reflect the types of matters traditionally in the agency’s crosshairs: investment advisory and investment company issues, offerings, issuer reporting/accounting and auditing, insider trading, market manipulation, FCPA and Public Finance.

A chief concern in the wake of the financial collapse was the refrain that law enforcement failed to go after and meaningfully punish individuals, viewed as one of the most powerful vaccines against future misconduct. This past year, the Commission reported that 69% of its standalone actions involved charges against individuals. Most important, C-suite executives and corporate gatekeepers were charged in a significant number of these enforcement actions.

When it comes to gatekeepers, a central focus of the Division last year – and certainly in the coming years – relates to the serial misconduct of auditors and audit firms. In one high-profile matter, the SEC ordered KPMG to pay a $50 million penalty in connection with the firm’s scheme relating to the use of confidential inspection documents from the PCAOB in order to improve the firm’s rankings. In addition to the monetary sanction, the audit firm was ordered to hire an independent compliance consultant and undertake other efforts to clean up its act. All of this followed on the hells of the SECs actions against the individuals who participated in the wrongdoing. In another matter involving a Big Four, PWC was also in the Commission’s crosshairs for violating auditor independence rules and improper professional conduct, for which it was ordered to pay nearly $8 million.

It is gratifying to see that as the schemers grow more sophisticated, the enforcers are keeping pace. Last year, the Enforcement Division had notable success identifying highly complex schemes such as SEC v Ieremenko, in which the staff used highly sophisticated systems and analyses to bring charges against a group of bad actors who schemed to trade on non-public data garnered through hacking the SEC’s systems. This securities investigation showcases the extraordinary leaps and bounds the Commission has made in its analytical prowess. In the coming years, high-tech scheming will certainly be an enforcement priority.

Whistleblowers have changed the enforcement calculus, a fact that the report highlights in pointing to whistleblower contributions that are responsible for more than $2 billion in financial remedies ordered by the Commission. At the close of the fiscal year, the SEC has paid out approximately $387 million in whistleblower awards and the annual report also cited a “record number” of whistleblower claims. In the coming weeks, the Commission will issue its report of the Office of the Whistleblower that, each year, details specific activities and actions to showcase how whistleblowers contribute to the Division’s success.

It’s important to keep in mind that in spite of all the chaos in Washington, day in and day out, the work of law enforcement goes on. The hundreds of employees in the Enforcement Division continue to show up, tirelessly reviewing each and every tip, complaint, and referral, meticulously investigating wrongdoing and leveraging every resource at their disposal to restore faith in the markets and protect investors.

In 2019, we can be proud – and as alumni of the SEC, we at Labaton’s whistleblower practice are especially pleased – to read this year’s report chronicling another year of historic wins for the American public.

Jordan Thomas is a partner and SEC whistleblower attorney at Labaton Sucharow. He previously served as an Assistant Director in the Division of Enforcement at the Securities and Exchange Commission.