The U.S. Securities and Exchange Commission and Public Company Accounting Oversight Board finalized 45 enforcement actions involving accountants in 2018, marking a significant decline from the 75 finalized actions involving accountants in 2017, according to a new Cornerstone Research report released Wednesday. According to the report, “Regulatory Actions Involving Accountants-2018,” the decrease in SEC actions […]

Guest Columnist Jeff Litvak on how a neutral accountant can save the parties to a dispute a significant amount of time and money.

The U.K. Financial Reporting Council has launched investigations into two leading financial services companies in the U.K. FRC, which sets and enforces accounting, auditing and actuarial standards in the U.K. and Ireland, said June 8 that it would examine Deloitte LLP’s work in preparing, approving and auditing of the financial statements of companies within Serco […]

EY (the erstwhile Ernst & Young) is expected to pay Bain Capital about $35 million to settle claims that EY aided accounting fraud by an Indian clothing manufacturer in which Bain had invested. via Bain Capital sues EY for faulty India accounting  – The FCPA Blog

A lot has been written here and elsewhere about the cybersecurity risks to law firms, but a recent report by ACCA USA highlights another, similarly situated profession that has not received as much attention: accountants. via ACCA Report Highlights Cybersecurity Risks to Accountants | Compliance Week. 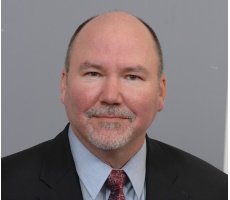 Feds In D.C. Charge Accountant With Lying To SEC