The already-bizarre Brazilian insider trading case against former billionaire Eike Batista “desended into farce” this week when the presiding judge was charged with embezzling more than $360,000 in seized money to buy himself a bulletproof Land Rover and an apartment. via Batista Insider Trading Case: From ‘Landmark’ to ‘Turmoil’ to ‘Farce’ | Compliance Week

When we last checked in on the Brazilian insider trading case against former billionaire Eike Batista, the case was in “turmoil” after the judge was seen driving Batista’s seized white Porsche Cayenne. So how is it going lately in this landmark case? Surely nothing else bizarre has happened, right? Ha! via Brazil’s Landmark Insider Trading […]

Yesterday, the landmark Eike Batista insider trading trial in Brazil was “thrown into turmoil” when reporters spotted the judge in the case driving Batista’s white Porsche Cayenne that had been previously seized by authorities along with several other luxury vehicles belonging to Batista. via Batista Insider Trading Case in ‘Turmoil’ After Judge Seen Driving Seized […]

A Brazilian judge on Monday denied a request by businessman Eike Batista to suspend legal action for alleged insider trading and market manipulation, clearing the way for a highly anticipated trial to begin Tuesday. via Eike Batista’s Trial to Begin Tuesday – NASDAQ.com 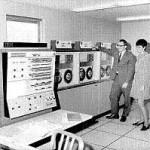 Brazilian regulator Comissao de Valores Mobiliarios (known as CVMs) has opened a probe into trading in the securities of Banestes SA – Banco do Estado do Espirito Santo SA, a regional bank, in advance of an announcement that it is in acquisition discussions.  Bloomberg reports that Banestes shares surged 36 percent in four days prior […]