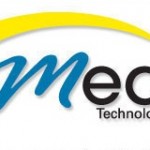 On July 23, 2008, United States District Judge Dale Kimball (D. Utah) dismissed with prejudice the shareholder class action suit filed in March of 2007 against the USANA Health Sciences, Inc. and certain of its officers and directors. Citing Tellabs, the court concluded that while  “the inference of scienter [in this case could perhaps be] . . […]