… In any event, the press release said that the board subsequently terminated Farnsworth and his pals & promised an 8-K filing. The only problem was that “[t]he Company’s SEC codes and SEC filings by the Company have been blocked by the Farnsworth Group,” so that Form 8-K couldn’t filed until those issues were resolved. […]

What is EDGAR and why do we care if it was hacked? | WUWM

The acronym of the day is EDGAR, which stands for Electronic Data Gathering Analysis and Retrieval. It’s a platform created and run by the Securities and Exchange Commission. It could also be known, though, as the latest hacking victim in this economy. The SEC made the disclosure late last night that it’d been breached and added […]

Neil H. MacBride, the U.S. Attorney for the Eastern District of Virginia, announced last week that he will be stepping down next month. In June 2010, MacBride made news when his district launched a novel financial fraud Task Force that asserted jurisdiction over most securities fraud because the SEC’s EDGAR database is physically housed in […] 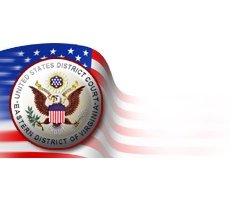 Why the Eastern District of Va. Has Jurisdiction Over Securities Fraud

Yes, Virginia, you do have jurisdiction over securities fraud.