Enron Scandal Executives, 20 Years Later: Where Are They Now? – Bloomberg

It’s been 20 years, to the day, since Enron Corp. filed for bankruptcy, marking one of the most spectacular financial collapses in history and forever cementing its legacy as the posterchild of corporate fraud. *** Here’s a look at some of the prominent players in the scandal—both fallen executives and those who investigated them—and where they are now: Source: Enron […]

What Robert Mueller Learned From Enron – The New York Times

As I talked with Mr. Mueller’s former Enron Task Force colleagues in recent weeks, it became clear to me that he believes the Enron team was successful — and understands why. That means his special counsel team will probably move more slowly than people anticipate. But it might also shock people with its aggressive investigative […]

Enron’s Legacies, a Decade and a Half Later | The D&O Diary

Fifteen years ago this month, the once high-flying energy company Enron completed its massive collapse when it filed a petition for bankruptcy protection. In his interesting December 2, 2016 post on the Harvard Law School Forum on Corporate Governance and Financial Regulation (here), Michael Peregrine of the McDermott, Will & Emery law firm takes a […]

Where were you on Dec. 2, 2001? It is not a cocktail party icebreaker question, but rather a test of perspective and experience. Because 15 years ago on that day, the energy giant Enron filed for bankruptcy protection, prompting a chain of seminal legislative, regulatory and public policy developments that influence corporate governance practices to […]

Proposed agreement will require Skilling to give up remaining rights to appeal and his 2006 convictions on 19 criminal counts will stand.

A notice posted on the Justice Department’s website yesterday indicates that the DOJ is is considering entering into a sentencing agreement with former Enron CEO Jeffrey K. Skilling that would reduce his sentence. In 2006, Skilling was convicted on fraud and conspiracy charges related to the fall of Enron, and sentenced to 24 years in prison. via DOJ Discloses […] 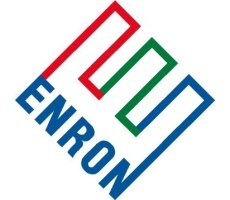 The Enron cast: Where are they now?

Ten years later, where they are the key Enron figures?