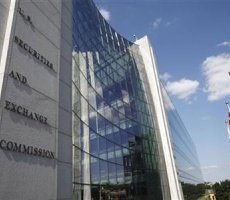 The SEC announced today the Fair Fund distribution of more than $78 million to more than 590,000 investors who were affected by undisclosed market timing in certain AIM mutual funds. The agency stated that the distribution is the result of a prior SEC enforcement action against AIM Advisors, Inc., which advised the funds, and AIM […]

The SEC announced today that a federal court has approved the distribution of more than $843 million to investors in American International Group, Inc. from a Fair Fund that the SEC established after the company’s settlement of an SEC enforcement action for accounting fraud.  The court-appointed distribution agent for the AIG Fair Fund estimates that […]

The SEC announced on Friday that it has commenced a $267 million Fair Fund distribution to mutual funds and mutual fund shareholders who were harmed by late trading and market timing that occurred through Bear Stearns.  Bear Stearns was charged by the SEC in a 2006 enforcement action. Friday’s disbursement of more than $216 million […]

The SEC announced last week that it has completed the first in a series of disbursements from a Fair Fund that will return approximately $321 million to more than two million investors in its settlement with respect to market timing in the Alliance mutual funds complex. The settlement resulted from an SEC enforcement action charging […]

On December 8, the SEC gave notice of its proposed plan for the distribution of the $250 million Fair Fund in the Bear, Stearns & Co., Inc. matter relating to certain mutual fund market timing and late trading activity. The SEC proposes to distribute the Fair Fund pursuant to a distribution plan developed by Independent […]

The deadline for Enron shareholders to file a claim for their share of the $7.2 billion Enron securities class action settlement has come and gone, but shareholders are now receiving new notices to submit claims in the SEC’s separate $450 million settlement in its Enron cases. As discussed by the Houston Chronicle, the SEC settlement […]

Building on six other Fair Funds settlement distributions it has announced since June 2008, the SEC stated today that a Fair Fund distribution of approximately $49 million went out today to investors who were affected by improper market timing in mutual funds managed by Franklin Advisers, Inc. of the Franklin-Templeton Investments complex. The remainder of […]

SEC Pays Up! Fair Funds Doled Out to Investors

by Bruce Carton A little known office established just six months ago within the Securities and Exchange Commission seems to have hit its stride this summer, producing tangible results for investors and possibly signaling the end of six years of frustration for the SEC. Since 2002, the SEC has struggled mightily (and publicly) to develop […]