The FBI agent who oversaw the Bernard Madoff investigation and helped pioneer the use of wiretaps that yielded dozens of insider-trading convictions is now working for Goldman Sachs Group Inc. via Goldman’s New Cop Is FBI Agent Who Put Away Madoff, Rajaratnam – Bloomberg Business

David Makol, one of the FBI’s top agents for “flipping” suspects in insider trading investigations, has rejoined the SEC as a forensic accountant in the Enforcement Division’s market abuse unit. via FBI Agent David Makol Rejoins SEC as Forensic Accountant | Compliance Week

Video: What it Looks Like When Your GC is Wearing a Wire | Compliance Week

In a snippet of a video that has now become public, the general counsel for oil services firm PetroTiger, working as an informant for the FBI, can be seen trying to obtain incriminating evidence from the company’s then-CEO. A judge has ruled that the video is not privileged and can be used in the criminal […]

The FBI is actively seeking to hire scores of specialized Cyber Agents to help it protect against threats such as cyber-based terrorism, computer intrusions, and major cyber fraud schemes. via FBI Recruiting New Wave of Cyber Agents | Compliance Week

New details on the FBI’s investigation of Michael Lucarelli for insider trading reveal an extraordinary search of a locked briefcase and an interesting question about how quickly the government should have moved to make an arrest. via The FBI’s Interesting Endgame with Michael Lucarelli | Compliance Week

The revaluation of the subpoenas from Eric Schneiderman’s office, first reported by the Wall Street Journal, brings to at least four the number of agencies probing what the New York Attorney general has described as “Insider Trading 2.0.” Other entities investigating whether Wall Street firms are taking advantage of “differences in delays, or latencies, of […]

Before you accept that envelope stuffed with cash in exchange for inside information about public companies, just remember that sometimes it is a set-up.

Further proof that selling stolen, pre-release earnings report information about a company is a foolish, “Go Directly to Jail”-type of offense. 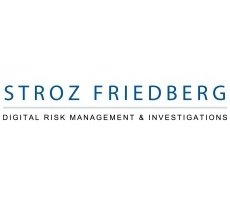 ‘They Owe It to Me’: FBI Identifies Top Email Phrases Used by Fraudsters

What do phrases such as “nobody will find out,” “grey area,”and “they owe it to me” have in common? According to research conducted by Ernst & Young in collaboration with the FBI, these phrases are among the top terms used by employees in emails discussing fraud…. via ‘They Owe It to Me’: FBI Identifies Top Email […]