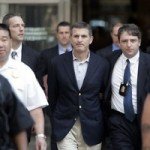 J. Travis Laster, a partner with Abrams & Laster in Wilmington, Delaware, has been nominated by Gov. Jack Markell for the vacant seat on Delaware’s prestigious Court of Chancery. 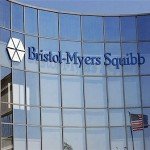 Today, the 9th Circuit reversed former Brocade CEO Gregory Reyes conviction for options backdating. Reyes had been convicted on ten counts of fraud in a criminal case, and sentenced to 21 months in prison and a $15 million fine. CNBC reports that the 9th Circuit, however, reversed the conviction because of prosecutorial misconduct, setting aside […] In this Sponsor Spotlight, we speak with Jim Barratt of Alvarez & Marsal. Jim is a Managing Director with Alvarez & Marsal Dispute Analysis & Forensic Services in Washington, D.C.

Preet Bharara (pictured), the new U.S. attorney for the SDNY, today promoted several prosecutors in the office to key senior positions.  Bharara was confirmed as U.S. Attorney for the office on August 7. Reuters reports that Bharara’s promotions included the following attorneys: Boyd Johnson was named deputy U.S. attorney. He was previously chief of the […]

Noted law professor Stephen Bainbridge has written a new paper entitled “The Stop Trading on Congressional Knowledge Act” in which he takes a hard look at an issue that we have discussed here recently, as well: whether members of Congress can be held liable for trading on the basis of material nonpublic information.