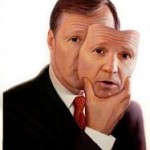 In the current climate where former SEC Chairman Chris Cox appears to be universally criticized and blamed for all of the past and present ills at the SEC (and beyond), we thought it might be an interesting time to recirculate some of these articles from 2007.  In early to mid-2007, Cox was being widely praised […]