Guest columnist Amy Greer, a partner at Reed Smith LLP, writes that in its Dorozhko opinion, the Second Circuit stopped short of analyzing the facts, leaving it to the district court to determine whether this hack included a fraudulent misrepresentation. However, this decision vindicates a theory that the SEC has used before, in SEC v. Lohmus Haavel & Viisemann, and given the prevalence of computer hacking, other technology-based frauds, and the SEC’s never-ending challenge to apply decades-old statutes to novel fraudulent schemes, this case represents an important precedent for the agency. 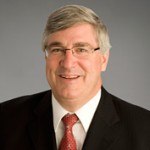 Guest columnists F. Joseph Warin, Michael S. Diamant and Matthew P. Hampton explain that understanding the significance of the Frederic Bourke conviction and the danger it illustrates for the unwary, starts with a simple observation: Bourke’s case was not a typical FCPA prosecution. Bourke was never accused of bribing or directing others to bribe government officials. Rather, the government charged Bourke with conspiring to violate the FCPA because he invested in an entity that he knew, or at least had every reason to know, was engaged in a scheme to bribe Azeri officials. In his closing, the prosecutor stated, Bourke “had enough understanding to know that something . . . was occurring” yet “ke[pt] his head in the sand.”

Guest columnist Michael L. Martinez, a partner in the Washington office of Crowell & Moring LLP, analyzes two questions arising out of the 150-year sentence handed down to Bernard Madoff: (1) is the length of the sentence appropriate; and (2) how does it compare with other sentences for similar crimes?

Re-posted for those who did not catch it over the holiday weekend:

Guest columnists Mary Eaton and Roger Netzer of Willkie Farr & Gallagher LLP write that Judge Sotomayor’s track record both as a United States District Court Judge and as a member of the Court of Appeals for the Second Circuit belies the suggestion that she has an “anti-business” tendency with respect to private securities law issues. Their analysis shows that, with few exceptions, Judge Sotomayor has tended to side with corporate defendants on private securities litigation matters during her 17 years on the bench. 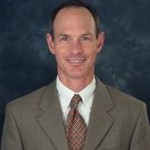 Guest columnist Michael MacPhail of Holland & Hart writes that the issuance of a Wells notice presents defense counsel with an opportunity to learn about the proposed case against their client. Granting access to the entire investigative file (including the testimony transcripts of other witnesses) is a key part of the Wells process, since it permits defense counsel to more intelligently advise clients of the risks of possible enforcement action, facilitates the preparation of more focused and helpful Wells submissions, and encourages better and quicker resolutions of proposed enforcement actions. Yet the standards governing whether to grant such access, and their application by the staff, are arbitrary and capricious.

Guest columnist Richard Gallagher writes about a recent order by the U.S. District Court for the District of Minnesota granting summary judgment to the defense on loss causation grounds in In re Retek Inc. Securities Litigation. On the basis of the court’s loss causation analysis, the court dismissed all of the remaining claims in the case, which arose under Section 10(b) and 20(a) of the 1934 Act. The Court’s ruling is significant because it provides a thorough review of loss causation principles as they apply at the summary judgment stage, as opposed to the pleading stage.

Guest Column: The Rise and Rise of the NYAG

In this guest column, Douglas S. Kantor and Philip S. Khinda, partners with the law firm of Steptoe & Johnson LLP, discuss how the Office of the New York Attorney General has stepped to the fore and become a player on the national stage. They write that the NYAG’s success has been a product of its ability to move quickly and creatively in enforcing the law and applying its vision of proper corporate conduct.

Guest Column: Should Outside Directors Request the Purchase of Independent Director Liability Policies?

Should outside directors on corporate boards of directors request that the companies’ boards companies purchase Individual Director Liability (IDL) insurance for them? In a guest column, Scott N. Godes of Dickstein Shapiro writes that generally speaking, IDL insurance is just for outside or independent directors of a company and, depending on the form in which it is written, may offer independent directors additional insurance protection if the corporate policyholder’s insurers were to attempt to deny or rescind coverage under the policyholder’s directors and officers insurance policy.