Two UK  pension funds — Merseyside Pension Fund and North Yorkshire Pension Fund — and the Dutch metalworkers fund have filed a motion to become lead plaintiffs in a securities class action against Royal Bank of Scotland (RBS) filed in the US.  The funds have retained law firm Coughlin Stoia to pursue the complaint, and […]

The Madoff-related loss by the nationalized Dutch arm of Fortis could be €850m-€1n, Fortis Bank Nederland said yesterday.  FT Alphaville reports that Fortis Bank had been lending to funds which invested with Madoff. The possible loss to Dutch taxpayers works out to €51-€60 (US$70-US$80) for every man, woman and child in the country, according to […]

First France, Germany, Ireland, Switzerland, Canada, and the UK followed the US in banning all short-selling of financial stocks.  Now other countries are following, including Australia, which took the ban even further over the weekend by announcing that it was banning short selling in all stocks — both financial and non-financial (other than existing hedge positions, […] 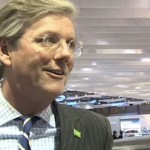 Former Formula One racing team official, Victor Muller, who is the founder and former CEO of Spyker, has reportedly been fined $150,000 for insider trading by Dutch financial watchdog AFM (Autoriteit Financiele Markten).  According to an article in DueMotori.com,  AFM ruled that Muller emailed an undisclosed bank in the middle of last year and advised it not to sell shares […]