Petrofac Plc (LON:PFC) chief executive Ayman Asfari has said he ‘strongly refutes’ charges made against him by Italian stock market authorities relating to insider trading. The London listed oil and gas services engineering group, in a stock market statement, noted that it has been informed of administrative sanctions made against Asfari by the Italian National […] 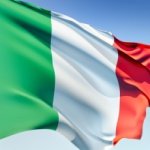 In Italy today, lawmakers approved the country’s first law establishing class action lawsuits. Reuters reports that the law, which becomes effective January 2010, has been criticized by consumer groups because it requires consumers “teaming up in class actions … to turn to the judge individually to request compensation, exposing them to possible costs and fines […]

Calisto Tanzi, founder of Parmalat SpA, was sentenced to 10 years in prison today by a Milan judge for misleading investors about the health of the company before it collapsed in Italy’s biggest bankruptcy in 2003.  Bloomberg reports that all other defendants, including three former officials of Bank of America Corp., were acquitted. Tanzi was […]