Japan’s parliament passed a bill on Friday that clarified the legal status of stablecoins, defining them essentially as digital money. Stablecoins must be linked to the yen or another legal tender and guarantee holders the right to redeem them at face value, according to the new law. The legal definition effectively means stablecoins can only […]

Yahoo Japan has tipped its hand to the upcoming launch of Taotao, its cryptocurrency trading platform. YJFX, Yahoo Japan’s foreign exchange (forex) platform, acquired a 40% share in Taotao, which was previously dubbed BitARG, in early 2018. Since making this acquisition, they have moved to set BitARG up as a Yahoo Japan branded subsidiary. The […]

Japan’s financial regulator will require cryptocurrency exchanges to strengthen internal oversight of the so-called “cold wallets” used to store digital money, a source with direct knowledge of the matter told Reuters on Tuesday. The move by the Financial Services Agency (FSA) highlights the difficulties in ensuring security of virtual currencies, as well as the broader […]

There are over 100 companies reportedly waiting for the Japanese Financial Services Agency to approve their registrations to operate cryptocurrency exchanges. While only 16 exchanges are fully licensed in Japan, the agency has allowed another 16 to operate without a license for the time being. However, going forward, only those with sufficient safety and customer […]

Ex-Deutsche salesman gets sentenced in Tokyo for bribery | Reuters

A former Deutsche Bank salesman in Tokyo was handed a suspended prison sentence on Wednesday for bribing a pension fund official in a case that has put a spotlight on the compliance practices of the Japanese arm of Germany’s largest bank. via Ex-Deutsche salesman gets sentenced in Tokyo for bribery — Reuters

An employee of Deutsche Bank AG and a former executive of a pension fund for workers of units of Japanese trading house Mitsui & Co. have been arrested over suspicion of bribery, police authorities said Thursday. via Arrests made in Japanese pension probe – MarketWatch

Japan’s securities watchdog has proposed what would be the country’s biggest-ever penalty for insider trading or stock manipulation, as the government steps up its fight against illegal activity in the country’s equity market. The Securities and Exchange Surveillance Commission announced Wednesday it was seeking a ¥431.18 million ($4.4 million) fine against Singapore-based Juggernaut Capital Management […]

Japan’s parliament passed a bill that would ramp up penalties against insider trading, bringing its law closer to international standards following a string of financial scandals last year. Under the revised rules, fines for insider trading will be raised significantly and those who leak nonpublic information or induce another person to trade on such information […] 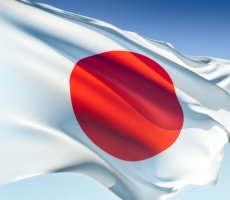 Japan’s financial regulator proposes that individuals who provide tips for insider traders would face up to five years in prison and 5 million yen in fines.