Libor Trader Tom Hayes to Be Released From Jail in January – SWI swissinfo.ch

Tom Hayes, the former UBS Group AG and Citigroup Inc. trader convicted of rigging Libor, will be released from prison in January after more than five years. Hayes was the highest-profile conviction in the Libor-fixing scandal. He was found guilty by a London jury in 2015, and is being released after serving about half of […]

The former UBS and Citigroup trader jailed for 11 years for conspiring to manipulate Libor is making a last-ditch attempt to appeal his conviction. Tom Hayes is basing his challenge on his Asperger syndrome, a plea deal he entered into to avoid extradition to the US but then abandoned, and a daily spreadsheet UBS traders […]

The court described the individual as “a senior banker,” who pleaded guilty Oct. 3 to “conspiracy to defraud” charges filed by the U.K.’s Serious Fraud Office in its two-year investigation into manipulation of the London interbank offered rate, or Libor. The court didn’t allow publication of the banker’s identity. via Banker Pleads Guilty in U.K. […] 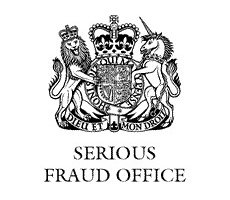 U.S. and Europe closing in on individual traders suspected of colluding to rig key benchmark lending rates such as Libor.