Now Showing: ‘Unraveled,’ a Look at the Strange Case of Marc Dreier 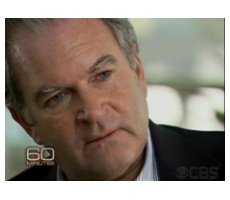 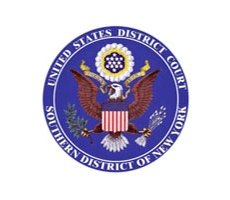 Robert Miller had faced up to 20 years in prison.

Marc Dreier on how and why he scammed $400 million.

Marc Dreier’s $10 Million Apartment to be Auctioned Off Today

Marc Dreier’s Manhattan apartment $10.4 million Midtown Manhattan condominium, where he recently served his “(Pent)House Arrest,” is scheduled to be auctioned at 1 pm today, along with its contents. As previously discussed here, on July 13, U.S. District Judge Jed Rakoff sentenced Marc Dreier to 20 years in prison.  Dreier pleaded guilty in May to […]

In the Southern District of New York yesterday, U.S. District Judge Jed Rakoff sentenced Marc Dreier to 20 years in prison. Reuters reports that in handing down his sentence, Judge Rakoff stated that “when you turn to the facts of the crime that Mr. Dreier committed, one must still be appalled.  It is a huge […]

In advance of his sentencing hearing scheduled for Monday, Marc Dreier has filed papers with the court seeking a sentence of no more than 12 ½ years in prison (sound familiar?). The WSJ Law Blog reports that under the federal sentencing guidelines, Dreier faces a possible sentence of up to 145 years. In his Memorandum […]

In federal court in Manhattan yesterday, attorney Marc Dreier pleaded guilty to charges that he carried out an outrageous fraud scheme that defrauded hedge funds and other investors out of at least $400 million.  The NYT reports that according to prosecutors, Dreier, a graduate of Yale University and Harvard Law School, sold $700 million worth […]

The bill for the court-appointed receiver and his attorneys in the SEC’s case against Marc S. Dreier is in.   Mark Pomerantz said he expects to seek $150,000, while his counsel at Paul Weiss will ask for approximately $1.25 million for their four months of work.  The NY Law Journal reports that Paul Weiss is accepting […]

Lawyers for Marc Dreier advised U.S. District Judge Jed Rakoff (SDNY) yesterday that Dreier is likely to change his plea to guilty in the case against him.  Prosecutors allege that Dreier sold $700 million in phony securities to hedge funds. The AP reports that the defense announcement came at a hearing yesterday where Marc Dreier […]