The September 1, 2016 issue of Fortune has a terrific article by William D. Cohan about former hedge fund manager Todd Newman entitled, “Overturned: The Hedge Fund Trader Who Beat the Feds.” Newman, you may recall, was the defendant in a hugely important insider trading decision — U.S. v. Newman — that has had a major impact on how prosecutors […]

The October 13, 2014 issue of The New Yorker includes a terrific piece by Patrick Radden Keefe that provides a fascinating look at the workings at SAC Capital, the high-profile prosecution of former SAC trader Mathew Martoma, and the government’s intense pursuit of SAC founder Steve Cohen. via Must-Read: The New Yorker on Steve Cohen’s ‘Empire of Edge’ | […]

Move over Preet Bharara, now it is SEC Chair Mary Jo White’s turn to receive a 10,000-word profile in a mainstream magazine. The November 11, 2013 issue of The New Yorker magazine includes a must-read article on Chair White (“Street Cop”) by Nicholas Lemann that provides some fascinating background and insights on the SEC’s new […]

“The Hunt for Steve Cohen” in the June 2013 issue of Vanity Fair is a terrific, in-depth look at the broad investigation conducted by Preet Bharara of the Southern District of New York into insider trading by hedge funds. It shows that while SAC Capital’s Steve Cohen has not been named as a defendant in […] 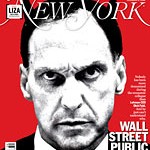 New York Magazine has a very interesting and in-depth story on Dick Fuld and the collapse of Lehman Bros. entitled “Burning Down His House,” which asks whether Fuld “is the true villain in the collapse of Wall Street, or is he being sacrificed for the sins of his peers?”

Scott Paltrow of Conde Nast’s Portfolio has an in-depth article in the October 2008 issue entitled “S.E.C. No Evil” that profiles SEC Chairman Christopher Cox and his impact on, and relationship with, the SEC’s Division of Enforcement.  This is a must-read article for anyone with an interest in the SEC and its enforcement efforts. Read […]