A former OppenheimerFunds IRA account holder sued the since-absorbed company, as well as custodian Pensco, for failing to stop a fraudster from stealing nearly $200,000 from his account, court documents show. OppenheimerFunds allegedly gave the thief clearance to transfer assets after he posed as account holder Michael Eckenwiler, even though he used an incorrect middle […]

After a nearly $200 million blunder, one of America’s largest mutual-fund companies is racing to find a way to compensate thousands of clients. T. Rowe Price Group Inc. is likely to announce as early as next week a plan to reimburse clients who lost out when it accidentally voted in favor of the 2013 buyout […]

Attorneys for the SEC and Bruce Bent Sr. and his son, Bruce Bent II, had been working to settle motions filed by the agency in the wake of a 2012 civil trial that cleared the Bents of intentional fraud for their role at the helm of the $62 billion money-market fund, according to court documents. […]

FUnd will use SEC Form 4 filings to invest based on insider trading filings.

SEC Chair says money-market mutual funds have been rescued by their parent companies more than 300 times. 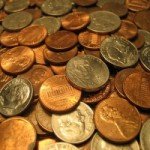 The hits keep coming for Reserve Management Co., the mutual fund that “broke the buck” back in September 2008.  On Tuesday, Massachusetts’ top securities regulator accused Reserve executives in an administrative complaint of misrepresenting the fund’s safety in an ultimately futile bid to prevent investors from pulling out cash. The company has already been the […]

Several securities class actions have been filed against Reserve Management Co.’s Primary Fund, which reportedly became the first money-market mutual fund to ever expose retail clients to losses by “breaking the buck.” Although not guaranteed, money-market mutual funds shares historically remain at $1.00 per share. The Primary Fund’s problems reportedly resulted from its holdings of […]