Last week, I asked the Chief Investment Officer of the Police Fund, Katherine Molnar, how much the fund had invested in crypto-related investments. Molnar responded to me via email that: “In rough terms, there are crypto-related investments having a value of approximately $120,000,000 currently in the Fairfax County Police Officer Pension Fund. The target exposure […]

The plunge in prices for Bitcoin and other cryptocurrencies in recent weeks provides a cautionary tale for the handful of public pension funds that have dipped their toes in the crypto pool over the past few years. Most have done it indirectly through stocks or investment funds that serve as proxies for the larger crypto […]

He arrived in plain jail clothes, shackles around his ankles, the humbled former leader of America’s largest public pension fund ready to accept his punishment for taking bribes. He left with a prison term of 4 1/2 years. Fred Buenrostro, the former chief executive of CalPERS, was sentenced Tuesday by a federal judge who called his […]

State Street says SEC unit wants to sue over its use of consultants, lobbyists to win business — AP

State Street Corp. provides money-handling services to pension funds and other big investors. The SEC has been investigating the way the company solicited the business of public retirement plans in two states. The company says the issues involve its use of consultants and lobbyists, and political contributions made by a consultant during and after a […]

It’s been one of the darkest chapters in CalPERS history, a bribery scandal that prompted a guilty plea from its former chief executive earlier this month. It’s also been rather profitable. America’s largest public pension fund has racked up sizable gains from investments brokered by Alfred Villalobos, the Nevada businessman accused of bribing top CalPERS officials…. […]

The former chief executive of California’s massive pension fund will plead guilty in connection with an influence-peddling scandal that rocked the state capital in 2009 and 2010, his attorney said. via Ex-CalPERS chief to plead guilty – Los Angeles Times.

Wrongdoing at public pension funds is now under the spotlight. 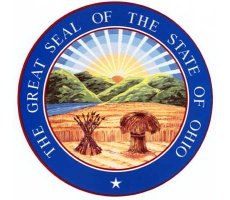 UPDATE: This article has been updated to correct the nature of the lawsuit filed by the pension fund.  The lawsuit is an ERISA action that asserts a claim for breach of fiduciary duty, not a securities class action.  A copy of the complaint is available here. Pension Fund for Hospital and Health Care Employees-Philadelphia and […]