In this June 2013 Wall Street Journal op-ed titled “Mum’s the Word About SEC Defeats,” I called out the SEC for its troubling refusal to update its website when it loses or dismisses an enforcement case that it previously touted. After all, I argued, the agency routinely splashes its incendiary allegations of wrongdoing across its website […]

According to data compiled by ISS’s Securities Class Action Services (“SCAS”), BLB&G again was atop the “SCAS 50” rankings, with the largest average recovery amount among the top firms  – nearly $145 million per case – and obtaining over $2 billion in recoveries in 2016 through 14 settlements. via SCAS Again Ranks Bernstein Litowitz Among […]

More than three months ago, the Supreme Court unanimously dismissed Securities and Exchange Commission penalty claims against investment adviser Marc Gabelli because the SEC 5304.OK -11.05% took too long to file its case. But you wouldn’t know that if you monitored the case on the SEC website. You’d find the regulator’s initial fraud allegations against Mr. […]

The first in what will likely be a series of posts collecting the SEC’s efforts at wordplay related to defendants’ occupations. 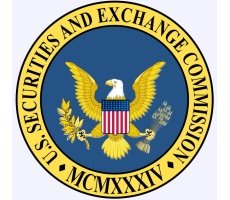 The SEC announced today that it has charged Richard Karp with fraud for writing and disseminating a fake press release that, when reported in the media, caused a company’s stock price to spike and allowed him to make thousands of dollars in illicit profits.  This marks the [insert your own large number here] time in […]