SEC Defendant Jailed Until He Surrenders Submarine (And More)

SEC defendant sent to jail until he surrenders submarine and much more.

Madoff Viewed as the “Godfather” by Some in Prison

Madoff viewed as “godfather” and “don” by some at Butner prison. Lerach moved to halfway house, and scheduled to be released altogether on March 8, 2010. Stanford Gets Wish, Transferred to New Jail After Fight

Stanford’s lawyer characterizes the move as a “wise economic decision” by the court. 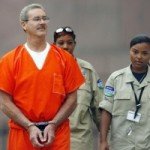 On Monday, the Fifth Circuit Court of Appeals ruled that Allen Stanford will remain in jail until his trial.  The appellate court found that Senior U.S. District Judge David Hittner did not abuse his discretion when he refused to let Stanford go free on bail.  As previously discussed here, on June 30, 2009, Judge Hittner […] Does Bernie Madoff have cancer? The NY Post and the Bureau of Prisons have conflicting reports.

Former WorldCom CFO Scott Sullivan is now out of prison and living in Boca Raton after serving four years of a five-year prison sentence for his role in the company’s massive accounting fraud. The Palm Beach Post reports that Sullivan served the bulk of his sentence at a medium-security federal corrections facility in Jesup, Ga., […]