Yes, But WHY Are There So Many Fewer Publicly Traded Companies? – The D&O Diary

… A recent academic paper documents the decline in the number of publicly traded companies and suggests several possible reasons for the decline. I have my own thoughts, as well. As discussed further below, these decline in the number of listed companies has important implications for the economy generally and for the D&O insurance marketplace […] 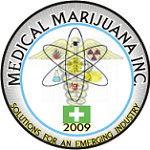 How many times have you asked yourself: How can I invest in the legalized marijuana industry?  If the answer is “one or more,” then say hello to “Medical Marijuana, Inc.” Medical Marijuana Inc., formerly known as Club Vivanet, announced that it is the first public company to enter the legalized, medical marijuana business, according to […]