The SEC, between March 9 and Friday, has sent at least 39 letters to 16 companies asking about the war’s impact, according to research firm Audit Analytics. It also questioned nine funds, including exchange-traded funds and mutual funds. The regulator last year sent a total of 1,140 letters to U.S.-listed companies with questions about their […]

With plans to launch its own cryptocurrency later this year, Russia has updated its anti-bribery and AML laws to aid its burgeoning digital economy while dealing with corruption risks associated with the new technology amid reports the Federal Security Service (FSB) allegedly tried to extract a bribe worth $1 million in bitcoin from a media […]

Blockchain Will Be Theirs, Russian Spy Boasted at Conference – The New York Times

They were even more surprised when they asked the F.S.B. agent why the Russians were devoting such resources to the blockchain standards. “Look, the internet belongs to the Americans — but blockchain will belong to us,” he said, according to one delegate who was there. The Russian added that two other members of his country’s […]

A Siberian artist has taken a humorous poke at Russia’s growing reputation for corruption in business and government through the creation of specialized “bribe envelopes.” Russian Artist’s ‘Bribe Envelopes’ Quickly Sell Out | Compliance Week. 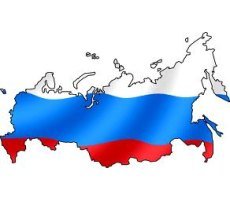 As promised by Russian officials back in February 2009, the Russian government recently introduced two pieces of legislation designed to strengthen Russia’s financial markets by prohibiting insider information for the first time. Crisis Crunch reports that on April 17, the State Duma, the lower chamber of the Russian Parliament, adopted the draft bill “On Counteracting […]